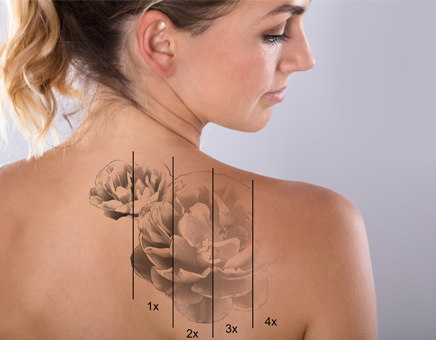 PicoSure is the latest advancement in tattoo removal services. 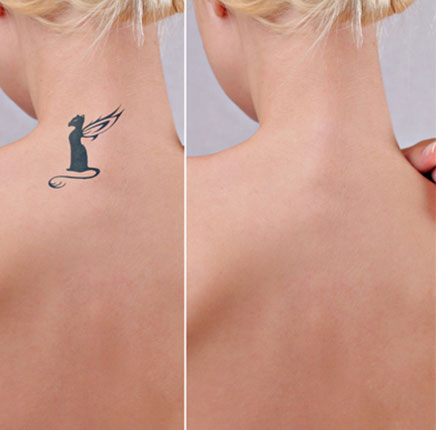 PicoSure engineers used cutting edge physics and medical science to help practitioners treat patients in a new way. Instead of building up heat, PicoSure delivers energy so rapidly (in trillionths of a second) that tiny particles that make up pigment and tattoo ink vibrate and shatter, without burning surrounding tissue. Less heat means less tissue damage and discomfort.

PicoSure is the most advanced treatment available for the removal of tattoos and unwanted brown spots it is a quantum leap forward in tattoo ink removal. 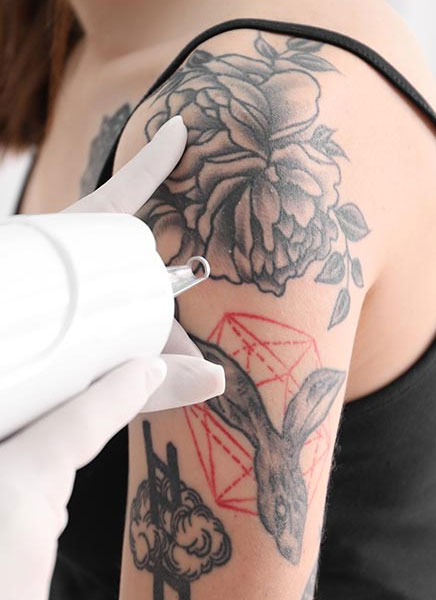 What is the result?

Tattoo removal results with the latest PicoSure technology are second to none! Each client’s results will differ slightly, however, with the new and first update in laser tattoo removal technology in 20 years the clearance will be expected to be at least twice as fast as other lasers on the market.

Does the colour of the tattoo ink influence the results of PicoSure® tattoo removal?

Yes. The PicoSure® laser will work on all colours. It is the only laser that is demonstrably better in the removal of green and purple ink. Red ink needs a different wavelength of laser hand piece in the nanometre range (532nms).

Will the tattoo disappear completely?

The new PicoSure® laser is producing superior results with fewer treatment cycles. It is also proving to be useful in removing tattoos that have been treated with conventional lasers but have failed to achieve complete clearance. In many cases, greater than 95% fading of the tattoo may be achieved with laser tattoo removal treatment however, it is very important to know that over 100 tattoo inks are in use worldwide today. Not knowing which tattoo ink, how deep or how much was used, makes it impossible to predict the extent of laser removal treatment in any given tattoo.

The vast majority of patients treated by laser tattoo removal have not developed any scarring. However it is impossible to guarantee that no scarring will occur given the enormous differences between individuals.

What happens after PicoSure®?

There may be some pinpoint bleeding with scab or blister formation. An antibiotic dressing must be applied daily until the area is healed. You may bathe normally but we do suggest your minimise vigorous activity for a few days to optimise healing after your laser tattoo removal treatment.

What is different between PicoSure and traditional laser devices?

PicoSure is being introduced as the first safe and effective picosecond aesthetic laser specifically designed to treat tattoos and pigmented lesions. This innovative 755 nm alexandrite laser delivers ultra short pulse bursts of energy to the skin in trillionths of a second. Picosecond lasers enable significant photomechanical stresses rather than photo thermal action to damage the targets. In addition, nanosecond lasers may only produce a small fraction of the power generated by a picosecond laser. 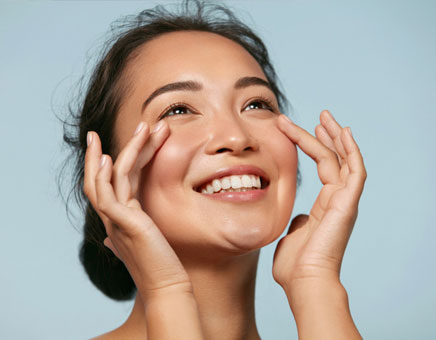 How many PicoSure® laser treatments will I need to remove my tattoo?

Our Faces Tell a Story. Let It Show an Uplifting One.

Our Laser Skin Care Treatments Include but Not Limited To:

The difference is clear when you choose Melbourne Clinical Laser. You will be looked after by a highly skilled team with qualifications in cosmetic medicine, general practice, surgery, and nursing. Caring for our patients is our top priority, and all treatments are well-researched, and evidence based. We work closely with each client to achieve the results that they desire.